Accueil » A new father-son team in the 2.5-litre class

A new father-son team in the 2.5-litre class 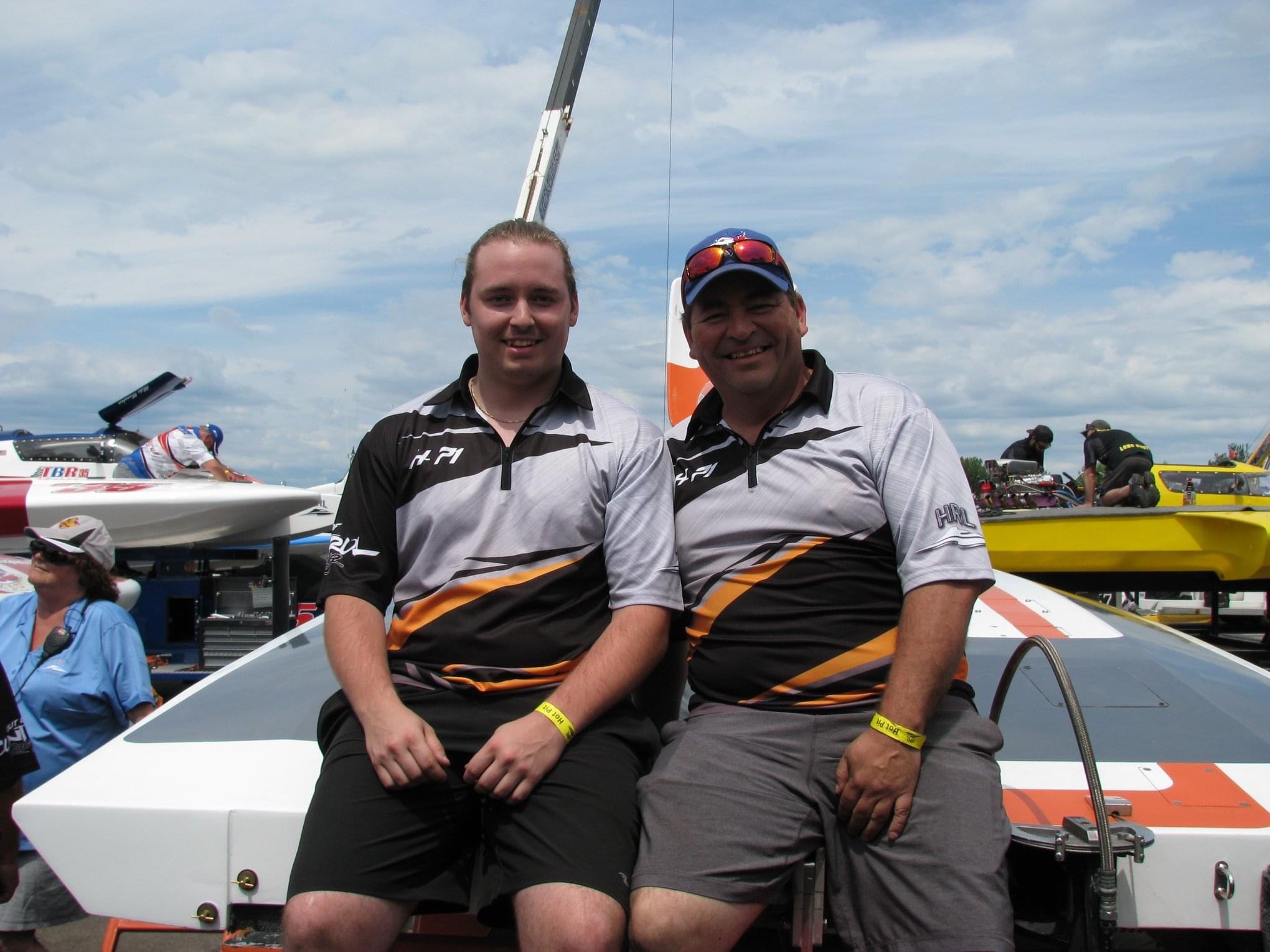 The Hydroplane Racing League (HRL) has announced a new racing team in the 2.5 liter class. The father-son duo of Guy and Alexandre Leduc will act respectively as team leader and pilot of the S-88 FatBoy, in addition to being co-owners.

Guy and Alexandre acquired the old S-6 GrafX, the boat of Yves Villeneuve, who sadly passed away last January. The team also emphasized that they will pay tribute to the driver who was nicknamed Papy on the design of the S-88.

The Leduc’s are no strangers to the world of regattas; they were crew members on Michel Raymond’s H-71 Out of Control and until last season on the HRL circuit, they were members of the F-7 Team Duclos with Philippe Billette.

Michel Raymond and Dominic Daoust, who were also part of the H-71 team, will join the S-88, while Guylaine, Yves Villeneuve’s wife, will complete the group.

It’s a dream come true,” explained Campivallensians Guy and Alexandre. It’s even more special to be able to do it as a family!

A boat that has proven itself

Alexandre, 24 years old, will be starting his first season as a pilot in a reliable boat. Remember that the S-6 GrafX had won the honors of the 2019 final of the Valleyfield Regatta.

The S-88 FatBoy completes the competitive 2.5 liter class with a total of 8 teams. The entire HRL organization welcomes this new team to the HRL family.