A fruitful association that enhances the fleet of Grand Prix hydroplanes 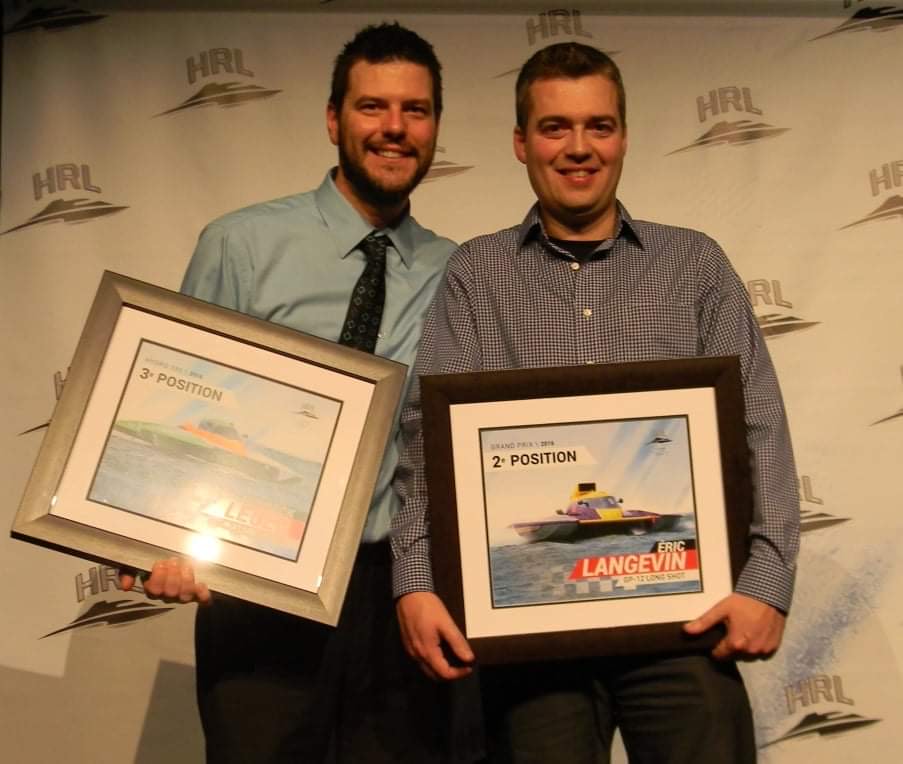 Two drivers who are very popular with fans and the Hydroplane Racing League (HRL) organization alike will team up to compete in the Grand Prix class this season.

They are Yannick Léger and Éric Langevin, two long-time friends who decided to take action after having often talked about the idea. “Éric and I used to play cosom field hockey together and we often talked about a Grand Prix association. For many reasons that I won’t go into, I decided to pick up the phone and ask him if he was interested in selling me an engine and joining my team. I told him it was now or never!” said the Supernova GP-21 driver. Translated with www.DeepL.com/Translator (free version)

Éric Langevin will act as motorist in this association and will equip the boat with a supercharged engine.

The former Ville de Léry driver had offered some great performances during his time in the Grand Prix class, including his victory in a final at North-Tonawanda in New York State in 2016. The same year he finished second in the GP HRL championship.

There is no doubt that this association will be fruitful for the Grand Prix class, to the delight of the fans who will be happy to see a second Quebec team on the HRL circuit.