Simon Fortin, Steve Armstrong, and Tyler Kaddatz are this weekend’s winners in Brockville 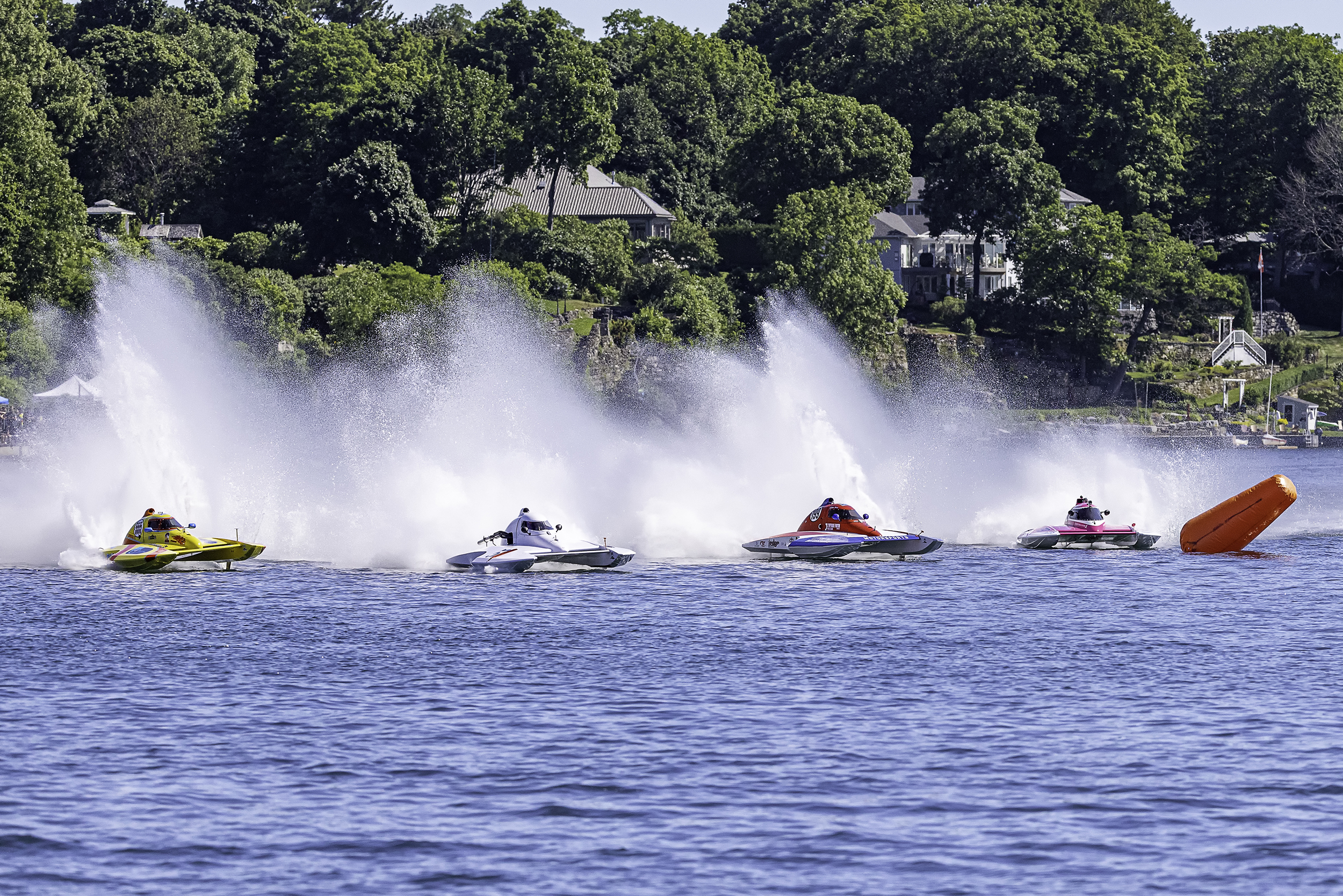 Exceptionally, the Hydroplane Racing League has opted for a race format with two separate days at the Brockville (Ontario) Regatta this year.

Two qualifying events and a final were scheduled each day with a weekend winner for all three classes based on the weekend’s cumulative points. Although Saturday’s finals could not be held due to weather conditions, the organizers announced the winners of the combined two days late Sunday afternoon.

Tyler Kaddatz proved to be the top driver of the weekend in the H-195 “Ah Sum Secret”. Erik Allard led the H-4 “Big Decision” to the second step of the podium and Michael Tremblay finished 3rd in the H-8 “Last Minute Again”.

Owen Henderson was awarded the “Determination Award” in memory of Mathieu Daoust who perished while racing on June 30, 2019, at the Brockville Regatta.