Accueil » Closing of the championship in Sorel-Tracy

Closing of the championship in Sorel-Tracy 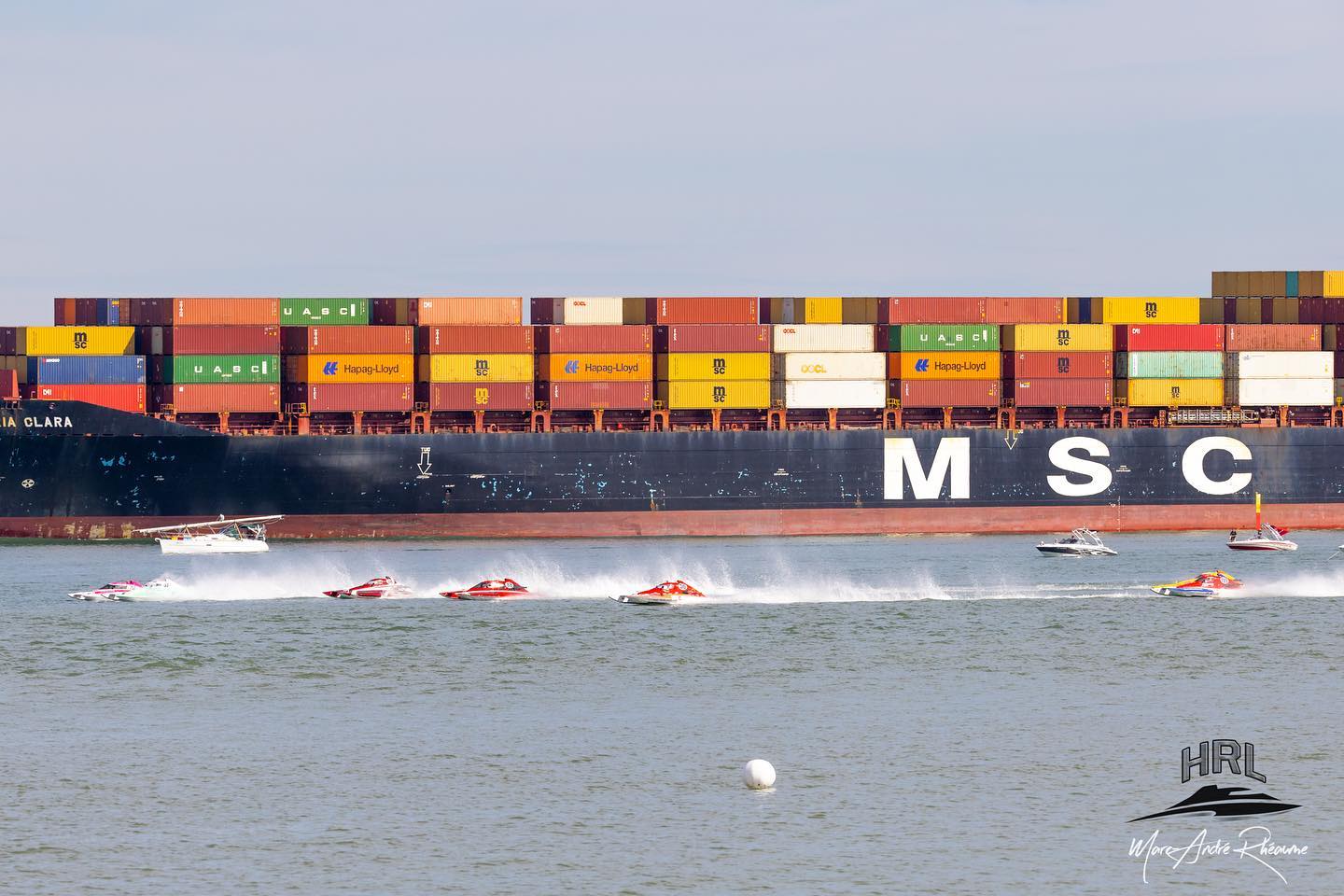 The first edition of the Régates Internationales de Sorel-Tracy marked the last event of the HRL championship.

It was in the 2.5 Liters class that the race for the championship was the closest. Simon Fortin (S-199) was leading by only 3 points over Stéphanie Blain (S-757). Unfortunately, Fortin was involved in a collision before the start of Saturday morning’s qualification forcing him to stop. Simon suffered a concussion and his boat was heavily damaged. With Fortin’s weekend over, the S-757 Canada Girl took advantage of the situation to overtake Fortin for the championship even though a penalty was imposed. Stephanie Blain won the 2.5 Liters class championship by a slim 3 point margin over Simon Fortin.

As for the weekend, Eddie Kanfoush (S-50) won the only 2.5 Liters race, which makes him the winner of the weekend.

The championship race in the Formula 2500 class was also very close. Steve Armstrong (F-92) arrived in Sorel-Tracy with only a 10 point lead over John Shaw (F-43). In the first qualifying round on Saturday morning, as expected, both drivers won their respective races to keep the 10 point gap. On Sunday, John Shaw was ahead of the start while Armstrong took third place to increase his lead. With the final cancelled, Steve Armstrong won the championship in the Formula 2500 class.

Marc Lalonde (F-751) won the Régates Internationales de Sorel-Tracy in the Formula 2500 class, after taking first and second place in his two races.

The tension was at its peak in the Hydro350 class as only 25 points separated the top three in the championship. Unfortunately for Michaël Tremblay (H-8), his penalty in his first heat cost him the championship. Despite winning the second qualification, Tremblay was unable to qualify for the final, opening the door for Tyler Kaddatz (H-195) who, with a first and second place finish, took the championship.

As for the Formula 2500 class, the winner of the weekend was determined by the cumulative points accumulated over the weekend of racing. It is the new dad Nicolas Rousse (H-225) who was declared the first winner in the Hydro350 class in the history of the Régates de Sorel-Tracy.

Only four of the Grand Prix teams of the HRL league came to Sorel-Tracy for the last weekend of the championship. However, Sorel-Tracy residents were able to see the famous Andrew Tate (GP-777) in action as he attempted to sweep the 2022 HRL season. Not surprisingly, Tate once again won the racing weekend. Robin Demers (GP-757) and Yannick Leger (GP-21) completed the podium.

The Hydroplane Racing League – HRL would like to congratulate Stephanie Blain, Steve Armstrong, Tyler Kaddatz and Andrew Tate on their championship win.