Accueil » A SUCCESSFUL RETURN FOR THE RÉGATES DE VALLEYFIELD

A SUCCESSFUL RETURN FOR THE RÉGATES DE VALLEYFIELD 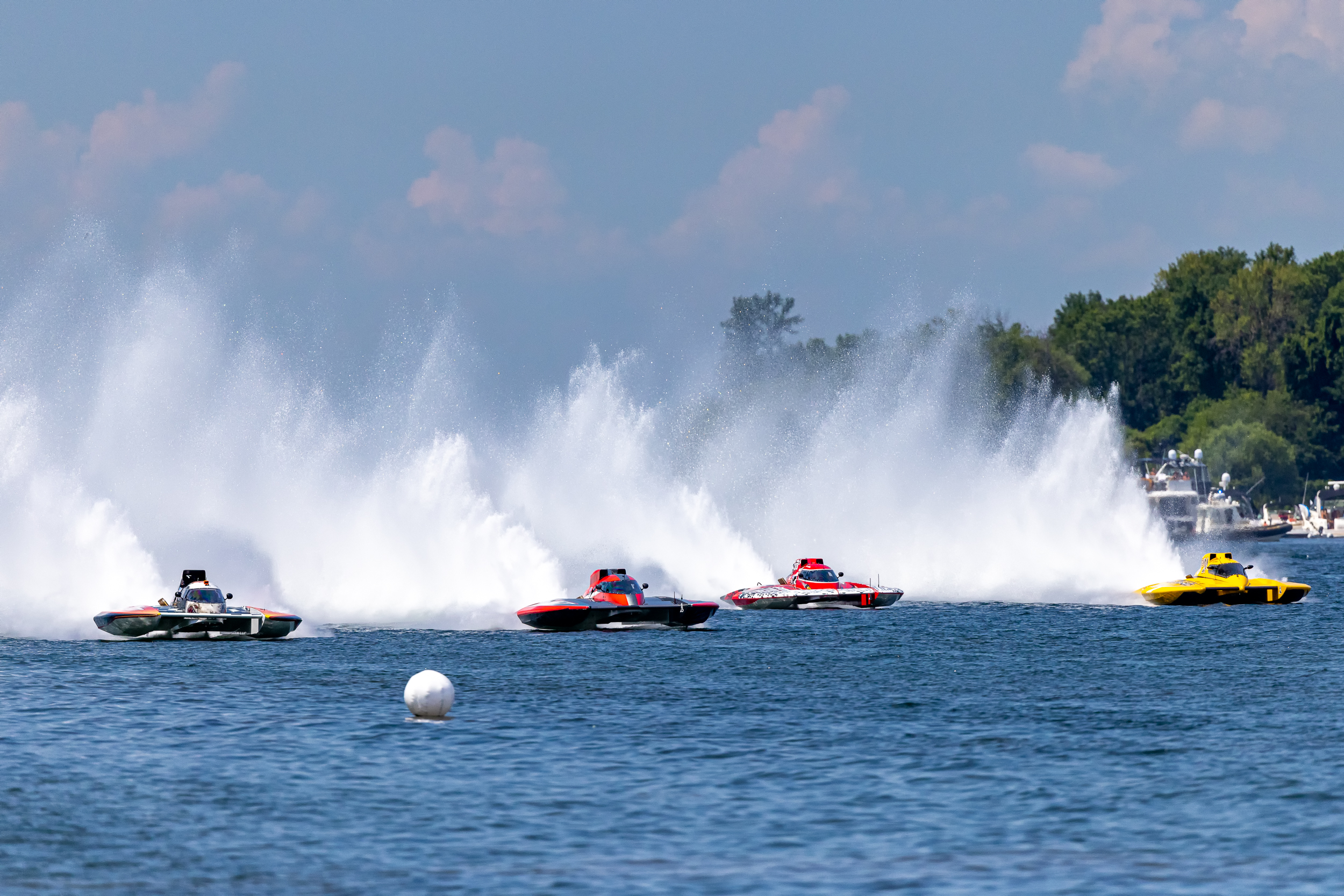 Over 130,000 festival goers returned to the Delpha-Sauvé Park for the 82nd edition of the Régates de Valleyfield, a long-awaited comeback after a 2-year forced hiatus. It was under more-than-favourable weather that the three days of hydroplane racing and five nights of concerts were held.

The most-anticipated leg of the Hydroplane Racing League (HRL) calendar for both the drivers and their teams was the site of breathtaking races, studded with surprises that reshaped the HRL rankings.

In 2.5-liters, the very first woman to win a final in this class at the Régates de Valleyfield, Stéphanie Blain, took the honours behind the wheel of the S-757 Canada Girl. In a 4-participant final in Can-Am, Joel Plourde from Sorel-Tracy found his way to the winners’ dock. In Formula 2500, Steve Armstrong and the F-92 Tenacity were crowned. The duo of Jimmy Stewart and Peggy Ewancio reached the highest step of the podium in Jersey Speed Skiff, aboard the JS-10 Yumpin’ Yiminy.

The final in the Hydro 350 class was dominated by the American Bobby King (H-242), who won Valleyfield for the first time in his career. The podium was completed by Quebecois Nicolas Rousse (H-225) and Martin Rochon (H-773).

In the Grand Prix class, the American Andrew Tate was handed the champagne on the winners’ dock. The GP-777 Steeler registered the fastest time of the weekend during the final. Tate, who has won many prestigious races has qualified his first victory at the Régates the Valleyfield as the best feeling he has experienced in his career.

Over 80,000 people attended the hydroplane races, an audience number beyond the organization’s expectations.

Music fans swarmed the Delpha-Sauvé Park, as over 15,000 attended the hip hop night, which closed with the electrifying performance of rapper Loud, while more than 17,000 people were mesmerized by Charlotte Cardin’s concert. In total, close to 50,000 people were present to see the twenty artists who took turns on the Loto-Québec stage.

“Our partnership with Valspec was a successful bet: we have shown that a varied programming, for every taste, can attract impressive crowds,” explains Émilie Daoust, General Manager of the Régates de Valleyfield.

“This digital transition allows us to have more reliable data, that greatly helps the organization on a logistical standpoint. We have adjustments to make, of course, but we are proud of what the team has accomplished after 2 years of absence,” mentions Didier-Bernard Séguin, president of the Régates de Valleyfield board of directors.

The organization counted on over 250 volunteers, who have surpassed themselves despite the high temperatures, and have shown great availability and generosity.